Today we woke up, each a little more tired, and drove to breakfast at the church to get our plans for the day.  We didn’t know what the day had in store as the outreach schedule 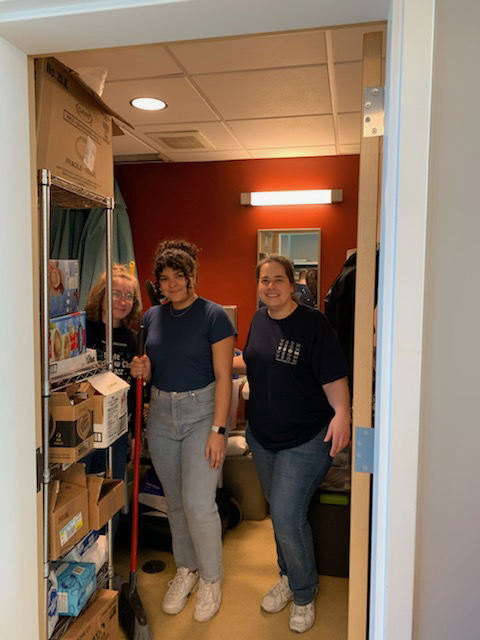 was going to change, but right after breakfast we were back at it.

One group was stationed at New Life Church and cleaned and cleaned and   cleaned.  The amount of outreach the church does within the community is amazing and they host churches from around the world.  When you go so many places and when you host so many different people sometimes things can get disorganized!  We had some super organizers on the trip and they powered through the cleaning and organizing, helping New Life Church with upcoming outreaches and churches that will be here through the year.

Another group of us went to unload a storage unit and move the contents across town.  When we arrived at the storage unit, we couldn’t pull the box van in because someone was already there.  We decided to jump 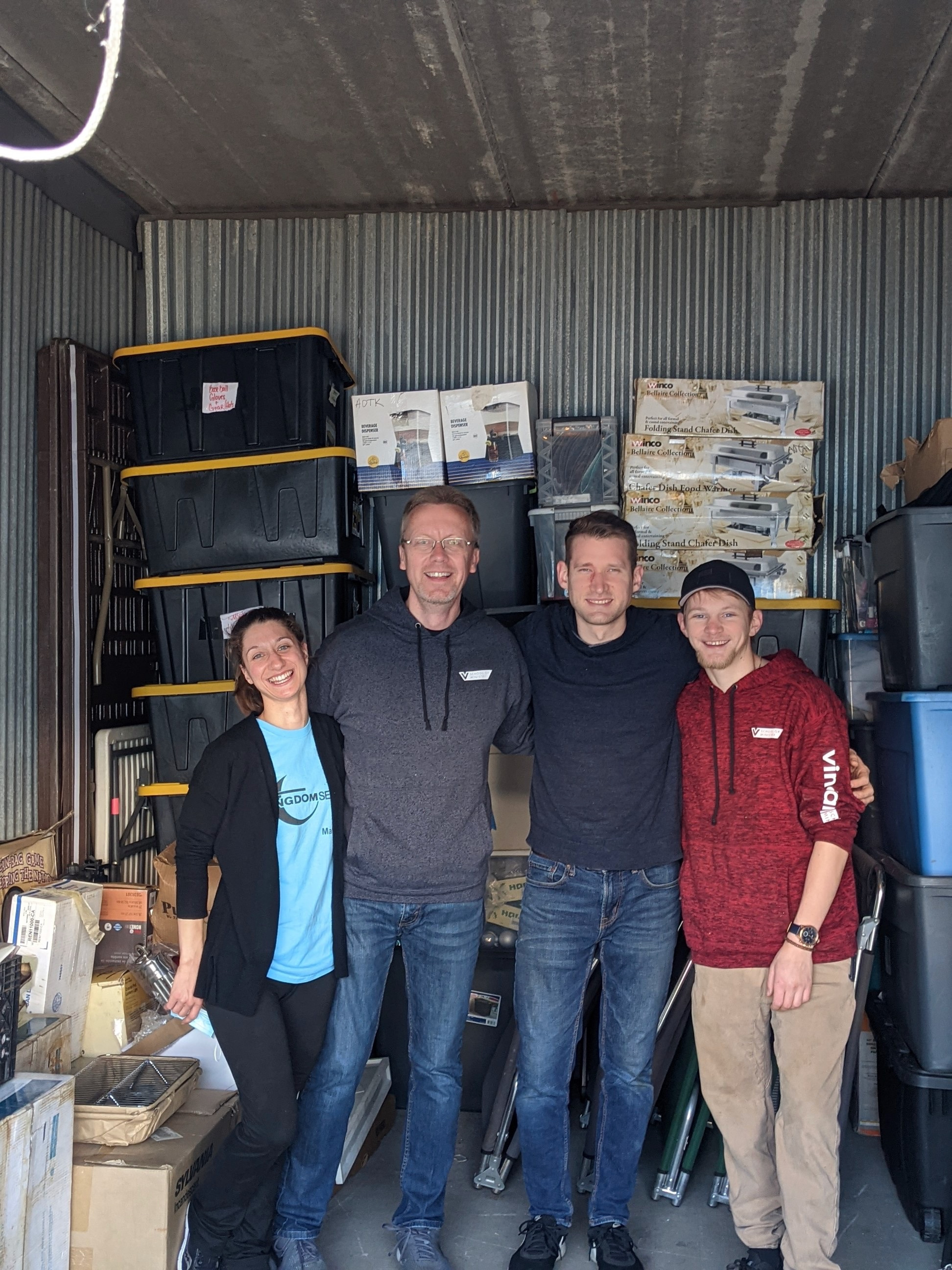 in and help a father and son pack up their van as they were headed to Georgia to move.  Who knew (God) that this new job was in our schedule for the day?  Up and down elevators with loads of things gave me (Steve) to time find out the story of ‘Andrew’, the 22-year-old son of the man we were helping to move.  A college football player who had to drop out of college because of too much partying and now trying to figure out his next step.  His story was raw and real, and I knew we were in the right place at the right time.  We finished loading them up and spent time praying for their trip and their future. Then our work began.  We loaded our equipment, up and down the elevator again, and moved it across town. We were able to also meet with a family in need and pray for them in the house when we dropped off the couches.

We headed to grab a quick lunch and shifted to our afternoon work, which was cleaning out a donation area. We worked sorting things at their re-store which sells used clothes and shoes to help fund their ministry, and we cleaned up a large storage area to prepare for summer and street outreaches.  We also got an hour of downtime to play basketball as a team while the dream center team drove  across town to get  keys we needed for a donation room. 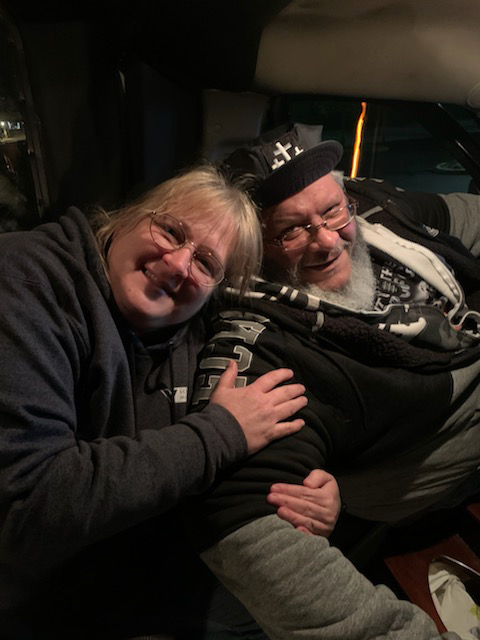 We shifted toward dinner and preparing for a busy evening.  The team split up after dinner and 1/2  of the team partnered with Bridge to Life again, visiting the homeless under bridges and  in tent encampments around Chicago.  We handed out care packages, shared the gospel and prayed with MANY homeless men and women.  One homeless man explained to us that his best friend had just passed away who slept in the tent next to him; he was struggling emotionally which was leading him to drink more and do more drugs.  We were able to share the gospel with him and pray.  It was an emotional connection that God has certainly orchestrated.

he other half of the team were resting as they were heading out at 10:30pm to partner with Rose of Sharon ministries who prays for and helps rescue the prostitutes on the streets of Chicago.  After getting instruction and praying (a lot), we hit the streets and shared a rose that had a phone number for the prostitute  they encountered to get help.  With each encounter there's not much time, but even a short amount  time allows seeds of the Gospel to be planted.  We were also able to visit hotels that hosted prostitutes, share information and roses with the staff to hand out if prostitutes come in later in the evening.  It was an eye-opening experience and while we wanted to pray for more encounters, the activity in downtown was different than normal as the police were preparing for small riots due to a very sad situation about a 13-year-old boy being shot.  While the tension around town was heightened, God was still in control.  From 10:30 until a after 2am, the team prayed and the brought light to dark situations.